Community Enhancement Collaborations, Inc. (CEC) is a vital nonprofit organization that moderates the negative impacts of apathy and lack of available human services for the vulnerable populations of Hollywood and surrounding communities. Our organization's food pantry, social service programs, and fundraising events offer many opportunities in the reduction of depravity and poverty through needed intervention and your donations. Supporting the development of mind, body, and soul CEC provides as many individuals as possible with a thorough foundation for future success.

CEC's mission is to enhance the quality of life in Washington Park and the surrounding areas by advancing and strengthening the economic, health, civic, and social interests while improving community pride and promoting the active participation of all citizens.

Message From The President of CEC

I'm Nadine McCrea. I serve as President of the Washington Park Homeowners Association. I'm also Founder of the Youth Crime Watch and the Community Enhancement Collaboration, a non-profit organization.

Today I am proud to say that I live in Washington Park, but that was not always the case.

In the 1980s, this community had decayed from years of drug dealing, prostitution, and lack of community involvement. I had contacted the police department and many other major institutions within the city, but looking back, I did not understand the processes or protocols necessary to make change happen. I was called the “big mouth female” at various meetings. "Who does she think she is?" And "No one's going to listen to her." At every table I was invited to, I began to share our community's needs and the powers that be did listen!

I began to notice, three little girls and many seniors, who were frightened and needing help. I decided to start an 'outreach program' with a desk at my living room window of our home to assist residents and their children with clothing, food, housing assistance, and the City’s issues.

It was suggested to me that I get involved with the WPHOA. My first meeting was filled with yelling, screaming, and general chaos. But I knew that to be part of the solution I had to stay strong and be at the table. My only support network at the time was my dear husband, Ulyses. Even when I wanted to throw in the towel, Ulyses would tell me to look outside the living room window, which reminded me why I wanted to improve our community. Craps were being played on the sidewalk and drugs were passed through car windows right outside my front door and in the empty field behind our home. Sometimes you couldn’t even drive down our block or you'd have to wait until they decided to move their cars.

Ulyses asked me to run for president of the Homeowners Association. On Election Day, he drove around the neighborhood with his bullhorn, encouraging the residents to get out and vote. I won by a landslide.

Not everyone is happy with the change. I wanted to quit. I met with Richard Whipple, of the city of Hollywood Housing Department, and shared with him our needs to help our community. Mr. Whipple suggested that I contact Steven Sampier of the Memorial Healthcare System. Upon contacting Mr. Sampier, he invited me to attend a meeting of the "Coalition for a Healthy South Broward."

My goal was never to get angry but to embrace love, understanding, and kindness. As of today, I'm respected by those who were destroying our peace.

Your Gift Will Feed the Hungry. You can mail your personal or business check to CEC, utilize our Secure Payment form, or drop it off at our Main Office.

With your helping hand, we are making a difference. Please mail your personal/business check to CEC's address or complete our Secure Payment Form.

There are so many ways to help us serve our community. You can support our clients directly by donating in-kind goods —including quality of life items that are too often overlooked.

There are opportunities all year round to help raise funds, food, and awareness for our neighbors in need. Annual National Night Out, Annual Family Fun Day & Back to School, and many more. 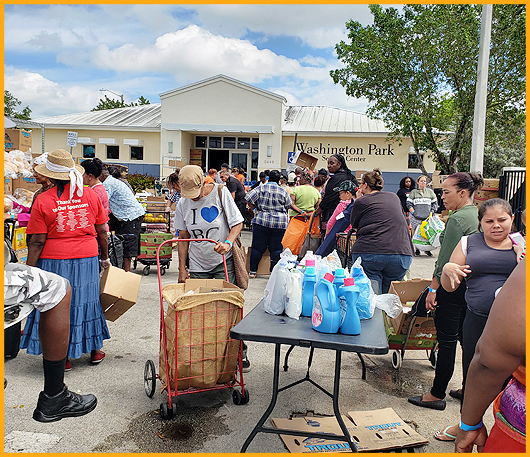 CEC is a unique collaboration of many volunteers, friends, three churches, and community partners all coming together to serve the neediest of Broward County. We serve others with your monetary donations, support, and sponsorship.

As a nonprofit organization, we serve thousands of people including youth, seniors, families, individuals, veterans, and the homeless. Your support and donations are truly appreciated to help with our monetary expense which includes training, pantry equipment, providing free groceries, insurance, gas, security, rent, utilities, janitorial service, paper goods, and repairs. 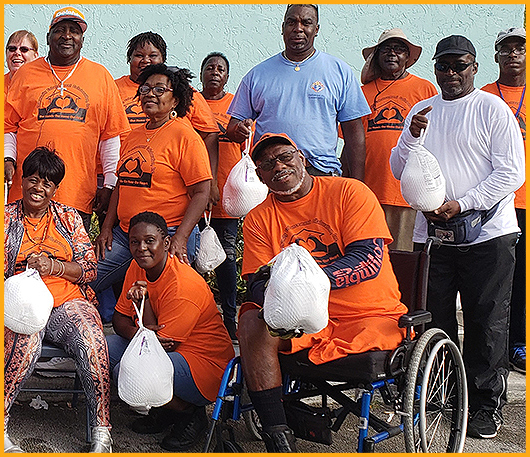 Your generous donations will fund our mission